In order to enhance capacity and speed up market penetration,Chinese battery manufacturers have tried all their best recent years, keep busy with taking lands and building factories,due to the high boom growth of the EV market. However, in terms of the industry, battery manufacturers’ aggressive expansion is not only concerned about the EV market, but also includes the rapidly expanding energy storage market.

According to research firm Mercom Capital, tens of billions of dollars of financing and M&A have been made around battery storage systems, smart grids and energy efficiency, with electrochemical energy storage companies raising $9.6 billion in the first half of 2021. But the data last year was only $716 million, which can be a sign of how fast the energy storage industry is exploding. 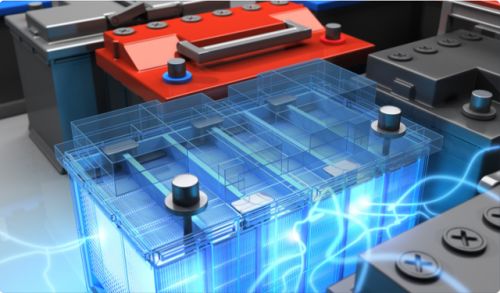 On November 4 2021, EVE the well-known power battery manufacturer, announced that they signed a Strategic Investment Agreement with the  Government of Jingmen city, EVE and its subsidiaries plan to complete fixed asset investment of 30.521 billion RMB and land acquisition of about 2000 km² in Tuodao District of Jingmen City，to built the Jingmen Power Energy Storage Battery Industrial Park with an annual output of 152.61GWh, which once again set a new record for the scale of the previous investment projects in Sichuan. At the same time that EVE continues to expand production, CATL the industry leader, and other manufacturers such as BYD, GreatPower, Gotion High-tech are also involved in the industry to accelerate production expansion. From the current point of view, giants gathering in energy storage market is catalyzed by a series of factors .

Besides, with the large-scale delivery of new energy power infrastructure, the problem of incompatibility between power generation and peak demand makes the position of energy storage in the whole energy cycle increasingly apparent. In recent years, as China vigorously promotes the development of new energy, the growth of green electricity is accelerating day by day. According to relevant industry statistics, in the past decade, the compound growth rate of green electricity in China once reached 32.1%, which is far faster than other industries.

However, compared with conventional energy, new energy power generation has small capacity, large quantity, scattered distribution, and is significantly affected by external factors such as season, weather,time. In addition, the transport and the demand of energy use is not in one place, such as northwest area is a green energy source, and the eastern region is the core of energy use area, the incompatibility of this kind of space makes the west may produce excess green electricity, and a lot of lack of demand in the east. To avoid waste of northwest green electricity output, you need to save the energy storage devices.

In addition, energy storage, as a key part of the China’s energy cycle, is also supported by various national policies. According to incomplete statistics, no less than 20 policies have been issued and implemented so far. Various policies of subsidies, promotion and support have also provided a good policy environment for the sustainable and healthy development of the industry.

Relying on these excellent technologies and product systems,CATL ushered in rapid growth after the explosion of Chinese energy storage industry. According to relevant industry statistics, by the end of 2018, China’s electrochemical energy storage installed capacity reached 1036.03MW, with a year-on-year increase of 144.79%; by 2020, it was 3.27GW.

Specifically, Sichuan, Yunnan and other places have a large number of phosphate rock resources, which plays an important role in the production of lithium iron phosphate batteries, the expansion of origin way can reduce the transportation cost of raw materials, and get the nearest raw materials, ensure the stability and continuity of supply , to obtain the multiple benefits of capacity and cost.

Second, it continuously transfused its power battery business to support its technology upgrading and capacity expansion by means of fixed increase and reduction. As early as April this year, EVE announced that it would reduce its 3.5% stake in SMOORE International to obtain liquidity, which was somewhat unexpected. After all, SMOORE International , buying with 400 million at the beginning , the market value now is 100 billion , and can generate a large amount of net profit and dividends every year. EVE “expands” at the cost of selling SMOORE International shares, somewhat is unexpected. In addition to reducing the “cash cow”, EVE also issued a fundraising announcement of up to 9 billion for battery capacity expansion.

Third,EVE enhance its own advantages in the industry through the alliance between lithium industry chain companies. According to public information, the upstream companies of EVE cooperation include Dynanonic, BTR, HUAYOU COBALT , Zhongke Electric and other companies, and the links of industrial chain cooperation include cathode materials, anode materials, diaphragm, electrolyte, nickel, cobalt, lithium and other upstream materials. Through these cooperation, it can greatly reduce the decline in gross profit caused by the price increase of supply chain (mainly lithium or lithium salt), and consolidate its dominant position in the battery industry chain.

In a word, through the supply chain, industrial chain cooperation and capacity expansion, EVE is rapidly catching up with the CATL.

Difficulties to Break Through

In the long run, in order to develop energy storage well, on the one hand, we should continue to strengthen the control ability of supply chain, and on the other hand, we should accelerate the commercialization of energy storage industry. From this point of view, the layout of giants including CATL and EVE, may be a huge opportunity for the industry which is still in the initial stage of development. After all, it has a great confidence to change the industry pattern and promote industry innovation, due to its strong appeal and influence or its superior technology research and development level.

The majority of Nuremberg’s indoor swimming pools remain closed in summer. Whether they open again in the fall depends on the situation. (Source: NEWS5 / Deyerler)     Nuremberg must save energy. That’s why the city closes most of its indoor pools in summer. What’s next? And what does that mean for [...]